Learning How to Read by Moonlight, a Children's Play for Adults
Eddie is five-years-old and his nanay ("mother") is determined to make the United States his family's new home after facing life-threatening danger back in the Philippines. Performed by two actors in a transformative space, Eddie and his imaginary friend create their own worlds in which Eddie can face the challenges of growing up in the United States undocumented head-on. A community leader narrates the 90 min play with new narrators at every performance. With imagination, heart, and with some audience participation, the play creates time and space for adults to remember what it is was like to be a child; and the play gives children a voice to be taken seriously by adults in these times of political tumult. Every performance of this play must feature closed captioning and translations (English and Filipino).

Gaymer: A Study in Human Connection
Grey, an avid gamer since the 1980s, is now in his fifties and finds himself in love with a younger man Derek with whom he's been friends with in a Massive Multiplayer Online video game. After five years of adventuring online together, Grey and Derek will finally meet in person. Will their online connection compute IRL? The play explores the process of healing, the persistence of trauma, new modes of love, and the challenges of connecting with others in the 21st century.

​Peril in Thine Eye​
A ballet libretto in response to the violence at Pulse nightclub in June 2016. Using Shakespeares's Romeo and Juliet as a jumping off point, the story examines the resilience of LGBTQIA+ love against cyclical violence in the United States. The immersive dance-text piece premiered at the University of Massachusetts Amherst in the fall of 2016. more information 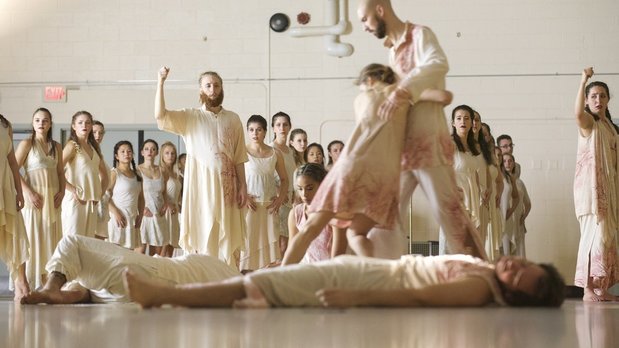 Star Showers (an ending to an unwritten full length play)
At the end of a journey, a man finds himself on a mountain top with three clowns and a World War II veteran. As the night draws, they prepare to release stars into the sky and to the beauty of the world. With a little bit of magic, the characters bring the heavenly stars of the Milky Way inside an intimate theatre. Can be performed by several actors or one.
Kinky Choreopoems
Three POC leather queers walk into a bar and share a drink. Relishing in sex positivity and kink, they speak to their sexual desires. The choreopoems explore gender, cruising, intimacy, sexual desire, human contact, race, and physical and emotional liberation in a contemporary leather community.